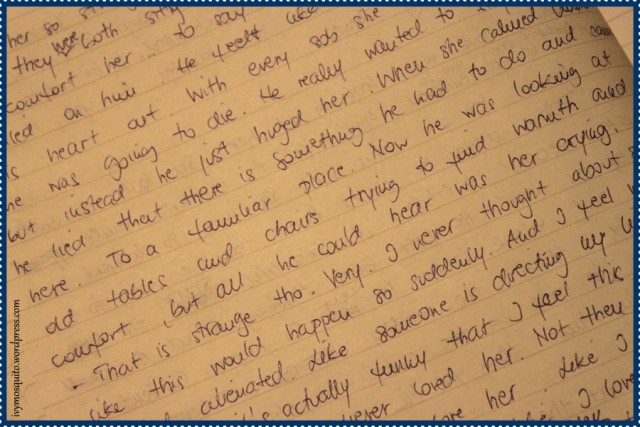 As the door opened, the wind knocked down one of the bread basket on the nearest table.

– Great. Here we go again. – the waitress nodded as the old man entered in the restaurant. Isn’t that pathetic? – she thought. I mean, look at him… Every week at the same time. Like a clock. I could set my watch by him. At least, there is someone more pathetic in this place than me… Ssssss! She quickly jumped away from hot water. – Damn it! I burned my hand. Damn it damn it, DAMN IT! Fuck these dishes! Fuck this place! I wish i could curse out loud today! Oh, I wish that so much… Stupid job. Stupid uniform. stupid finger that keeps burning. Stupid fucking boss. “You need to smile more.” Oh, I’ll show you smiling, today I’m gonna smile till my face hurts and then I’m gonna put my face under hot water too… Damn.

She was mumbling and had a frown on her face. A shadow. A kind of unpleasant feeling was laying on her lips. She wanted to be an entertainer. A singer. It seemed so easy at first. She got high of the feeling of success. Like a drug that was running through her veins. And like a drug, when it stopped she hit the ground so hard her head wanted to explode. When she realised she got crossed over, it hurt even more. She was suddenly a left-out, a no-no, she was a reject. And that was the word written on her lips, even when she smiled.

The young cook was looking at her. She looks so much older. He remembered his wife. An instant smile appeared on his face. His love, his life. She was so different. Alive… Today after he comes home they are going to celebrate the second birthday of beautiful Sarah, the little queen of his heart. He felt bliss thinking about her small hands and black locks. He felt so happy. Content. He looked trough the window. – I have to remember to pick up the cake – he thought. That cake was the most important thing for him today.

– Okay. Forget about the finger. Just smile. Smile and nod. Smileeeeeeee. Old fart is going to order the same thing he orders every time anyway. Eggs and bacon with cornbread. No salt. No salt! He adds that every time… And he’s probably gonna add something stupid. Deep breath. Just smile, big fucking smile…

Carl was sitting at his table. So familiar. Basket, red door at the end with the sign “Staff only”. White-blue table covers. Menu which used to be white years ago… Even the stains on the menu were familiar. and yet, his world was crushing down.

Today he was at the hospital. His wife was there for two days now, after she passed-out in the living room. They were running some tests, he didn’t understand anything. He was lost. He got lost two times trying to find the right room when she asked for a juice from the hospital cafeteria. She looked at him with her warm eyes.

“Sit down.”
There was something scary about her calm voice. He sat.
“Carl… The doctors say that I have cancer.”
His heart skipped.
“Wha-what?”
“It’s a brain cancer Carl. It is inoperable. It…it has been there for too long and…” – her voice cracked.
He reached to her and hugged her so strong. She sobbed and started to shake while they both sat at her hospital bed. He tried to comfort her… To say something… But his thoughts failed on him. He felt like someone was ripping his heart out. With every sob she made, he thought he was going to die. When she calmed down he lied that there is something he needs to do and then came here. To a familiar place. Now he was looking at old tables and chairs trying to find warmth and comfort, but all he could hear was her crying.

– That is strange tho. Very. I never thought something like this would happen. So sudden. And I feel weird. I feel alienated. Like someone is directing my life right now. And it’s actually weird that I feel this way, considering that I never loved her. Not then, not now… I mean, I like her. I love her. Like I love this bacon and eggs every week. But, as hard as I tried…..-and oh my God did I try, I never loved her with all my heart. As a lover… a friend… a person. Should I tell her that now? Will it be better if she knows? Would she cry more or just say – “I know”? How could I spent fourthy-five years of my life with someone I find familiar? Why haven’t I searched for a true love? The one she is feeling for me… I’m gonna tell her. – he decided chewing on the last piece of bacon.

He got up, paid, and as he opened the door and heard the familiar bell sound, he changed his mind. He turned left and went down the street to buy her some flowers.

Talk to me... Cancel reply 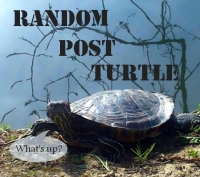